On Wednesday September 11th 2019, Sander Otte gave his inaugural lecture as Antoni van Leeuwenhoek Professor. During his 30-minutes public lecture (in Dutch), he took his audience to the border between classical physics and quantum physics. Highlight of the lecture was a live demonstration of an experiment on structures of actual magnetic atoms, positioned in such a way as to visualize this border.

Watch the TEDx talk by Sander Otte on atomic scale assembly, recorded at the University of Hasselt (Belgium) on May 11th 2017.

On April 3rd 2017, Sander Otte gave a lecture at the Koninklijke Maatschappij voor Natuurkunde Diligentia in theater Diligentia, The Hague. The lecture, in Dutch, can be viewed here:

In 2016, in a Nature Nanotechnology paper by Floris Kalff and coworkers, we demonstrated the possibility to store a full kilobyte of data in a device where each of the 8,000 bits is represented by the position of a single atom. This short video explains the finding in an accessible manner.

As described in this Physics Today article, the work gained significant attention in the international news, including stories in The Economist, The Wall Street Journal and Gizmodo. Below, you can download two high-resolution versions of the iconic STM images of the memory: ‘Feynman’ (annotated) and ‘Darwin’. Please let us know if you plan to use them. 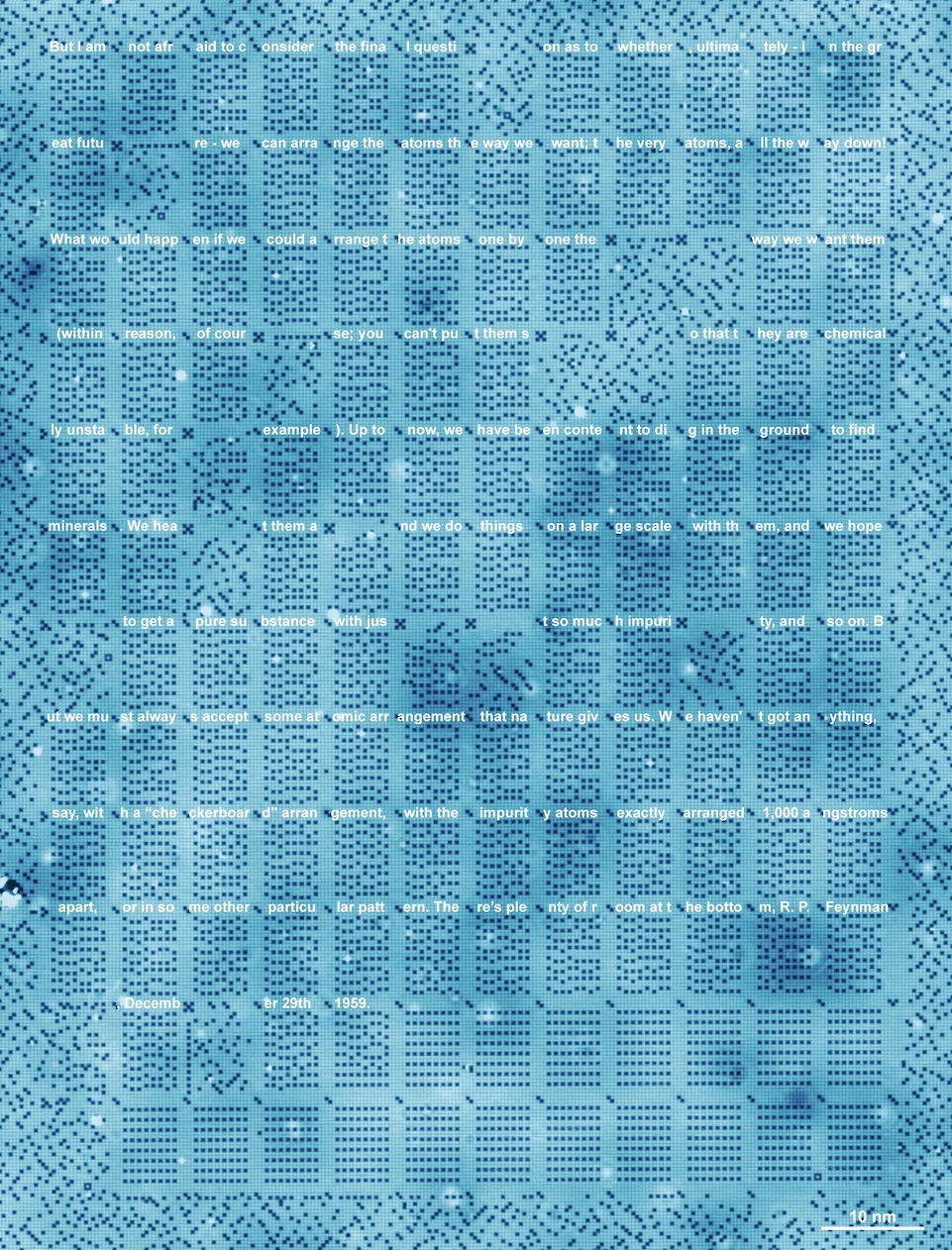 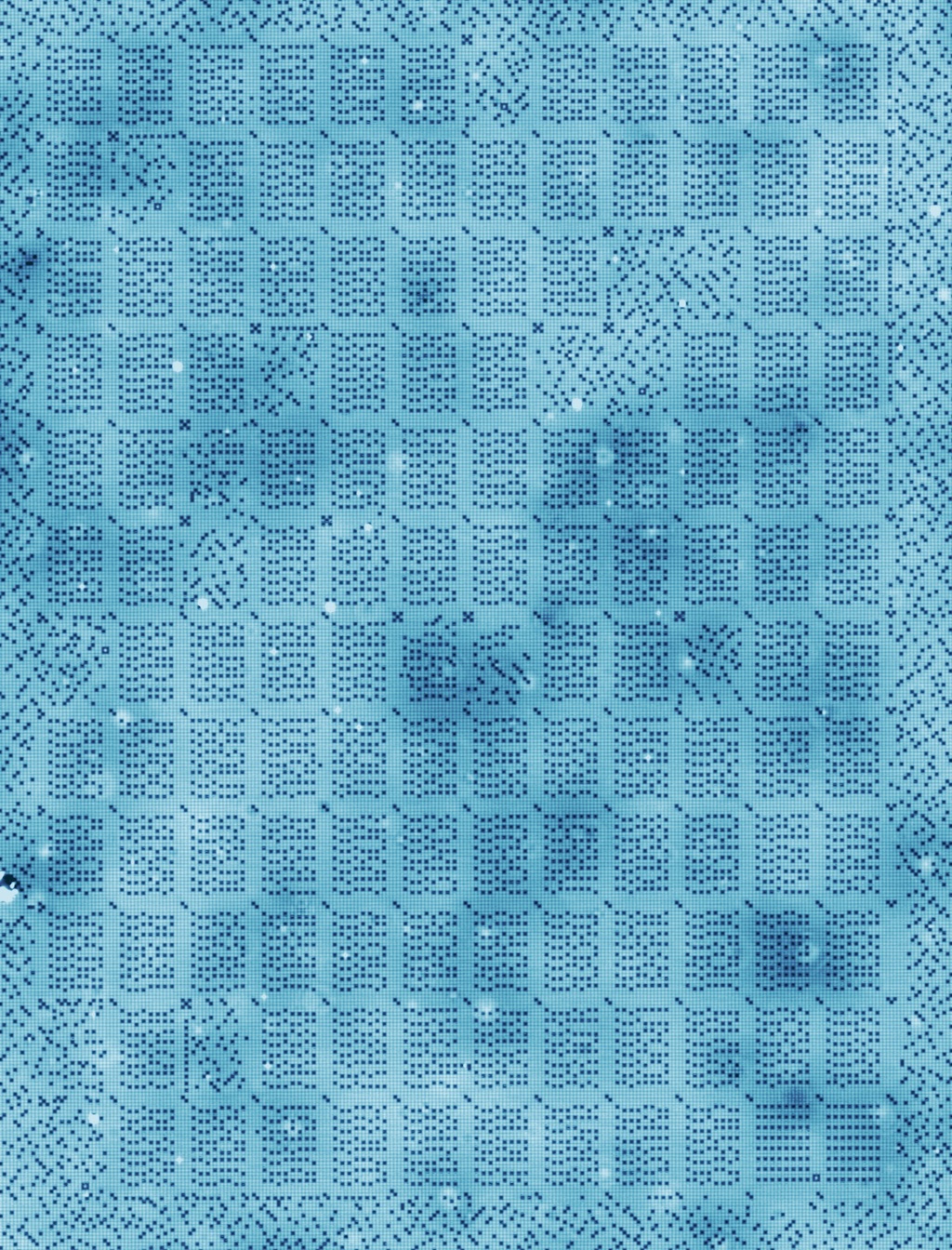